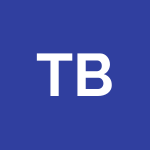 Do you have questions for Tony Bullard?

Log in to ask Tony Bullard questions publicly or anonymously.

Tony Bullard
Posted 10 days ago
I'm trying to figure out the best way to organize teams and roles for a worship service.

I'm responsible for scheduling every volunteer in our services, from Usher to Greeter, Soundboard to communion assistant.

I don't want to juggle multiple schedules, so does it make sense to have one giant team, with all the volunteer roles within a service?

I'd really like to see how other people are organizing their roles and teams. In the training video there are weird overlaps. Sometimes they call "Usher" a role, but then they use "Usher" as a Team example, even after saying "You don't want to make a role a team."